Since the onset of the COVID-19 pandemic, zoos across India have faced severe shortage of funds and tough times in meeting animal needs. The Indira Gandhi Zoological Park, for example, requires almost ₹2 crore per year to feed the animals and maintain them. While the past two years have been extremely difficult for the zoo with periodic closures and a drop in visitor numbers, buzz around the zoo’s online animal adoption program introduced a year ago has sparked happiness.

The zoo has been running an animal adoption program since 2011, but now anyone can adopt an animal with just one click. People can now adopt an animal for a year or even a day to take care of its maintenance costs. The online adoption service received an encouraging response in a short time. While the total number of adopters since 2016-17 is 295, around 111 of them date from 2021-22 alone. Interestingly, 82 adoptions took place through the online space. “An animal adopter plays an important role in helping the zoo care for the animals, maintain wildlife conservation and support education programs,” says Nandani Salaria, curator of the Indira Gandhi Zoological Park. 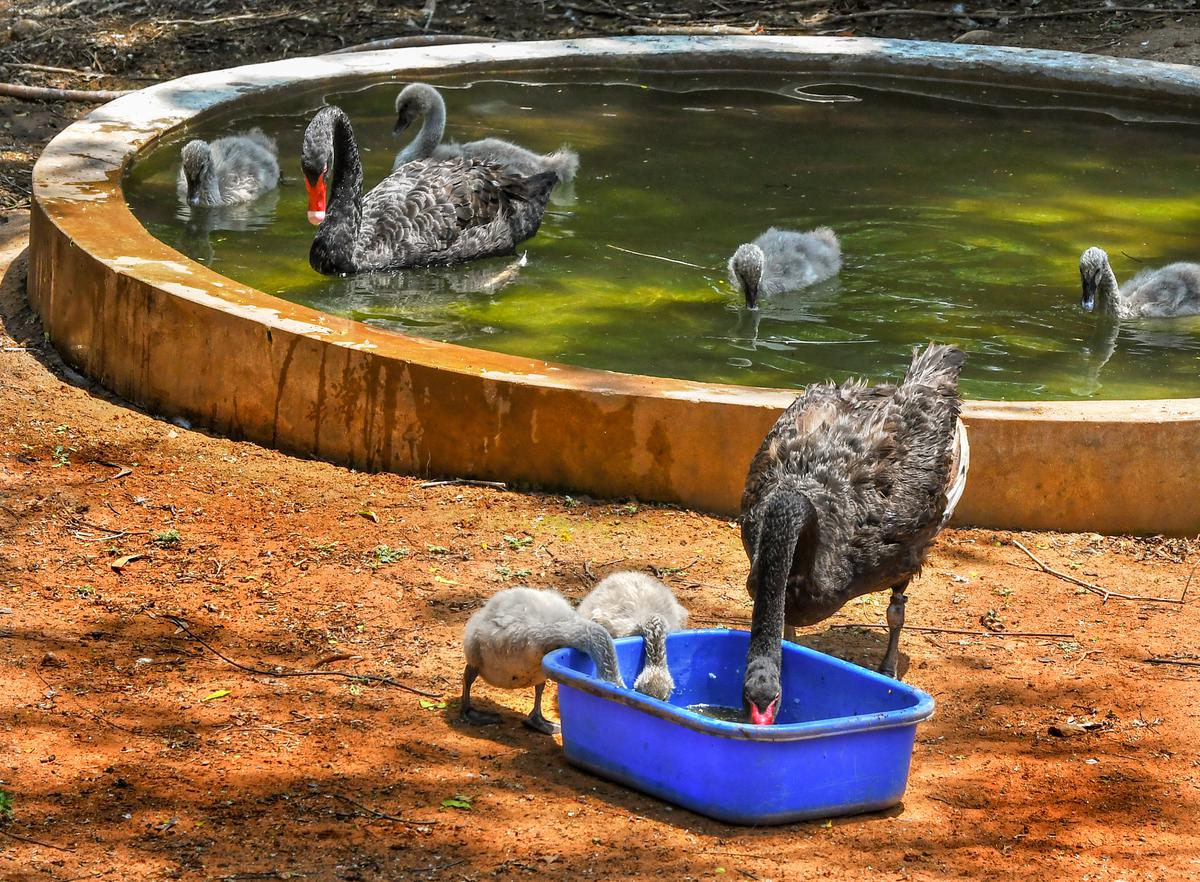 Depending on the amount, adopters are classified into different groups. Once the animal is adopted, an email or a confirmation message is sent. Donors who donate an amount ranging from ₹10,000 to ₹30,000 are granted free entry to the zoo for five people twice a year. They also receive an adoption certificate and receive regular updates on the animal’s condition. Adopters who pay more than ₹30,000 will have their name engraved on the animal’s enclosure along with a t-shirt, cap and free entry to the zoo for five people. 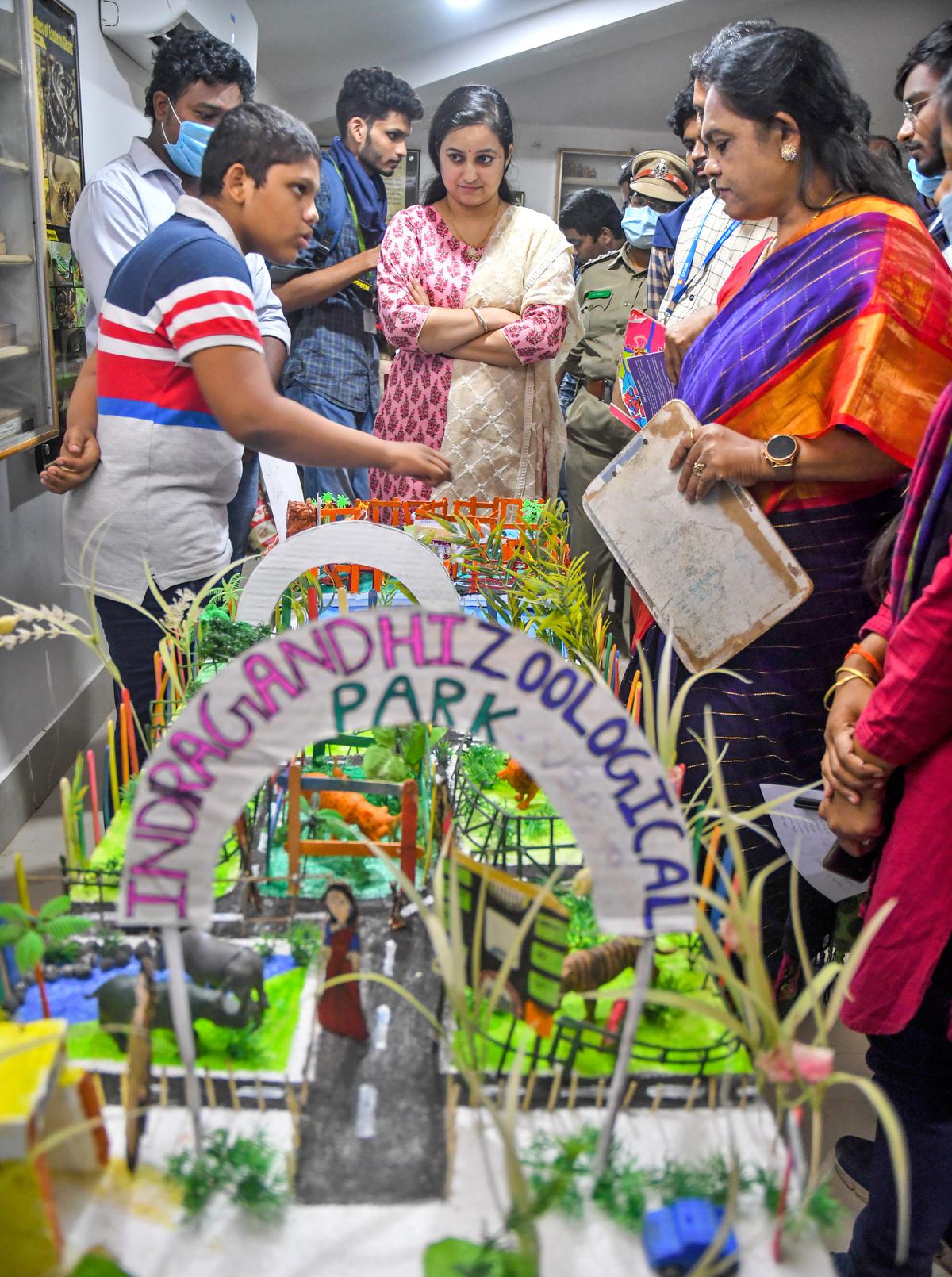 
Companies have started warming up to the idea of ​​adopting animals as part of their corporate social responsibility program. Recently, Gangavaram Port Limited adopted several animals from Indira Gandhi Zoological Park for a period of one year. Animals include elephant, lion, tiger, chimpanzee, macaw, star tortoise and Indian wolf. The zoo’s only one-horned rhino, Nakul, has finally found an adopter after the Indian Oil Corporation Limited adopted him for a three-year term as part of its corporate environmental responsibility initiative earlier this year. . The zoo has also been active in promoting the facility through its social media handles as well as through colorful banners at the zoo. “We put up a big banner near the Sagarnagar gate and also at the Bioscope inside the zoo on animal adoption. We are reaching out to various organizations to engage with the public to raise awareness about animal adoption,” adds the curator.

Elephant has the most expensive annual adoption rate and costs ₹4.3 lakh per year. According to zoo officials, the figure was calculated about a decade ago when the adoption program was launched. Although the cost of maintaining the animals has nearly doubled, the figure has remained the same as the zoo seeks to encourage more adopters to show up for the program. “Animal lovers are mostly interested in monthly adoptions. Some of them also adopt animals for a year,” adds Nandani. 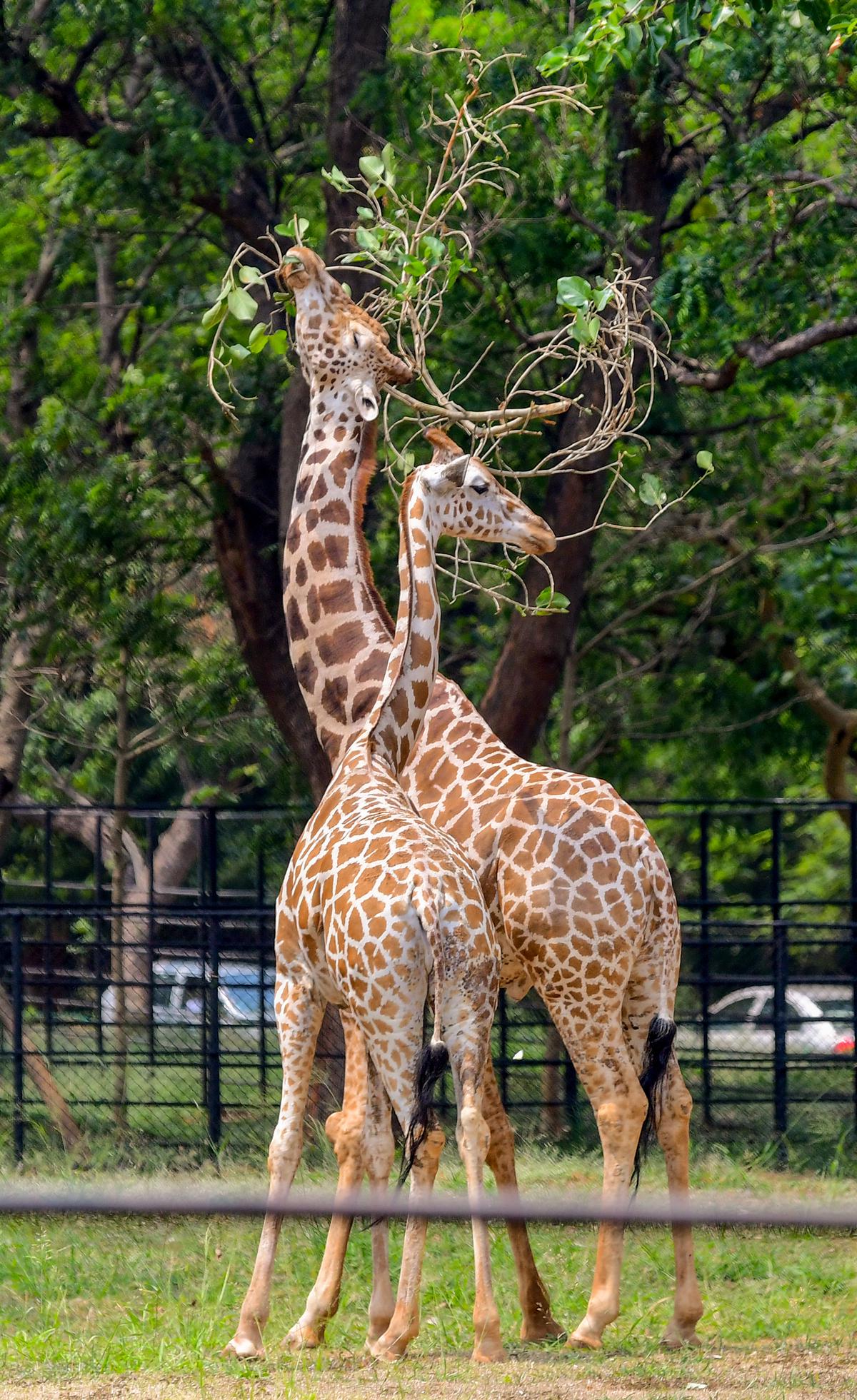 A couple of giraffes eating leaves in their enclosure at the Indira Gandhi Zoological Park | Photo credit: KR Deepak


While avian species remain a favorite of adopters, some of them have come forward to break the traditional myths associated with certain animal species by adopting them. Greenwaves Environmental Solutions recently adopted a barn owl for a year. Owls in general are nocturnal predators and feed on birds, mammals and smaller rodents. But they are also threatened by superstitious practices like black magic, where their body parts are used. “Barn owls are used to living near human habitats. They are sometimes seen nesting in old attics, abandoned buildings and barns or even in the middle of apartments. Lack of knowledge about their safety has resulted in the destruction of their habitats. More awareness programs need to be put in place to make people realize that these beautiful creatures have a valuable role to play in the ecosystem. What better place than a zoo to educate people about these wonderful species,” says Aditya Madhav of Greenwaves Environmental Solutions. 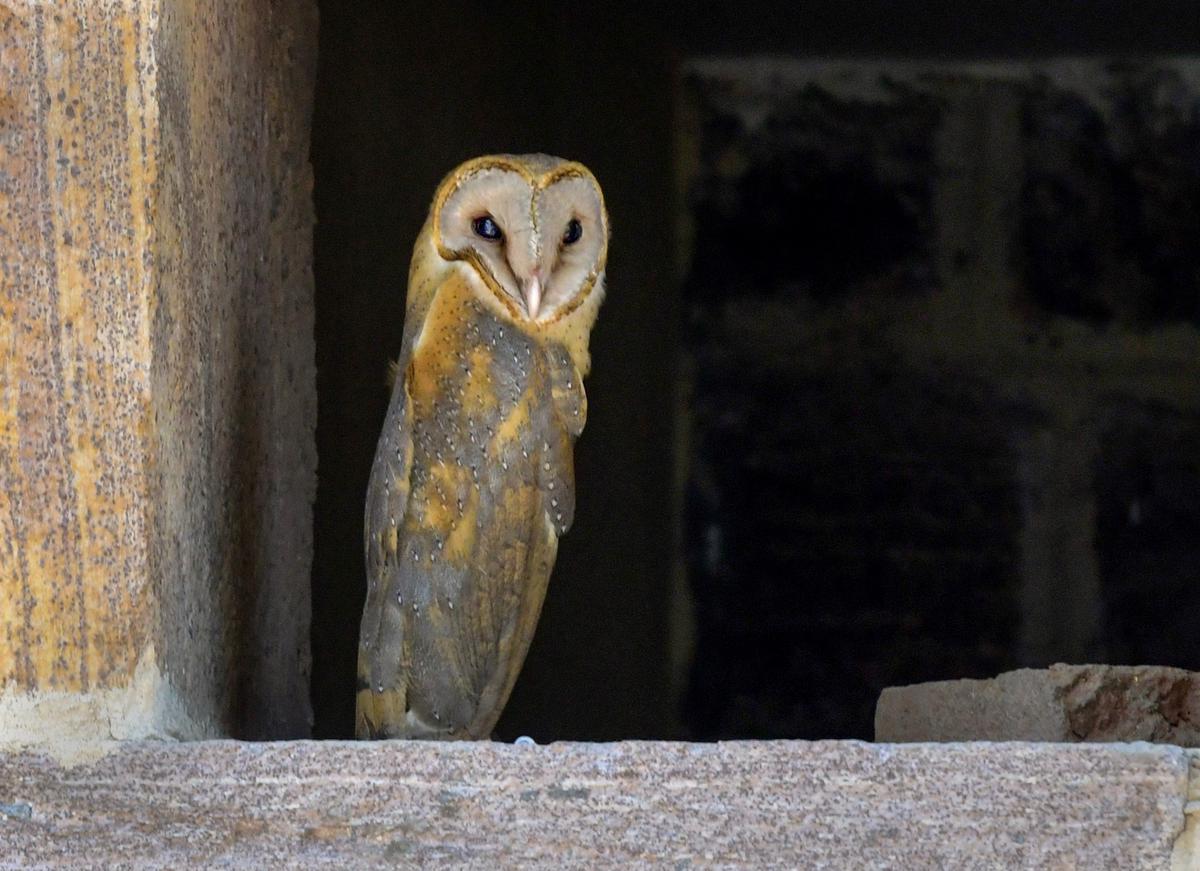 There are those who come forward for adoptions after the loss of their pet. “In one case, a couple wanted to adopt a canine animal, particularly after the death of their pet dog. They adopted a wild dog for a year,” says Nandani. The birds remain a crowd favorite as their annual adoption ranges from ₹1,000 to ₹10,000. The daily adoption amount for a few birds is as low as ₹100.

The role of consumers in understanding animal antibiotics is essential

What kind of vet is Rick Sibbel? “I say I’m a passionate ambassador for your food supply,” he says. Sibbel is president and owner of Executive Veterinary & Health Solutions LLC. As an expert on antibiotic use in animals, he was part of a panel of speakers discussing animal antibiotics and public perceptions at the […]

In 2004, the European Commission estimated that the chemical safety tests prompted by the introduction of the REACH regulation (Registration, Evaluation, Authorization and Restriction of Chemicals) would use 2.6 million animals.[1] Eighteen years later, things are set to get worse after the publication in 2020 of the Commission’s broad Chemicals Strategy for Sustainability (CSS),[2] which […]

RICHMOND, Va. (WWBT) – Here’s a look at our top headlines this Friday: Woman found dead in Henrico An investigation is underway after a woman was found dead in her car early Friday morning. At approximately 1:45 a.m., officers responded to the 200 block of Carlstone Court in Highland Springs to report a shooting. Officers […]