As part of an ongoing effort to compel the Humane Society of New York (HSNY) and Sarah Gore Reeves, the daughter of its absentee president, to send homeless animals in their care to other adoption centers or in foster homes, about 30 animal rights activists staged a three-hour protest at the prominent animal shelter and veterinary clinic on Manhattan’s East Side. It was the fifth such event at the HSNY, which was closed to the public more than 28 months ago and will be closed indefinitely, according to its website. A two-month investigation by TheirTurn corroborated claims by multiple whistleblowers that adoptions had all but stalled and the animals were in storage.

In recent months, activists have turned their attention to HSNY staff veterinarians who they say have the power to compel the organization’s executive director, Sandra DeFeo, to send homeless animals to adoption centers. open to adoptive parents or in foster homes. Instead of acknowledging the activists’ concerns or challenging the storage claims, the vets ignored the activists while quickly leaving their building. Activists say that in the coming weeks they plan to further expose the complicity of the six vets – Dr Shingo Soeda, Dr Ralph Gutierrez, Dr Lauren Postler, Dr Liz Higgins, Dr Yaron Schmid and Dr Ellen Hirshberg.

Activists have also begun targeting Sarah Gore Reeves, the daughter of HSNY Board Chairman Virginia Chipurnoi, who has remained silent since allegations of animal storage emerged in July 2021. Activists suspect that Chipurnoi, who is in her late 80s, is either unable to fulfill her duties as board chair or willfully keeping a low profile because her other daughter’s husband, Alexandra Chipurnoi, has been sentenced to seven years in prison. for running a Ponzi scheme. Reeves, a fashion stylist who has had a presence at the HSNY over the years, ignored hundreds of letters sent to her by advocates and instead posted heart emojis on HSNY social media posts.

In August 2021, HSNY whistleblowers sent an incriminating letter to TheirTurn encouraging activists to “bring attention to those around the social circles of Ms. Chipurnoi’s daughters so that they may feel compelled to ask their mother to take care of Sandra”.

Sarah Gore Reeves, the daughter of Virginia Chipurnoi, chair of the board of directors of the Humane Society of New York, ignored hundreds of letters from attorneys expressing concern about the animals stored at the prominent Manhattan shelter.

During protests at the HSNY, area residents regularly ask why the shelter is storing the animals instead of sending them to facilities open to the public. While activists can’t say for sure what motivates Sandra DeFeo, they do know that she describes the cages as “apartments” and the shelter as the animals’ “welcome home.” Regardless of whether or not DeFeo thinks the animals she cares for are home at the HSNY, facilitating adoptions while the building is closed to the public is messy and labor-intensive because adopters have no way convenient to meet animals, especially cats, that cannot be taken out into the street. 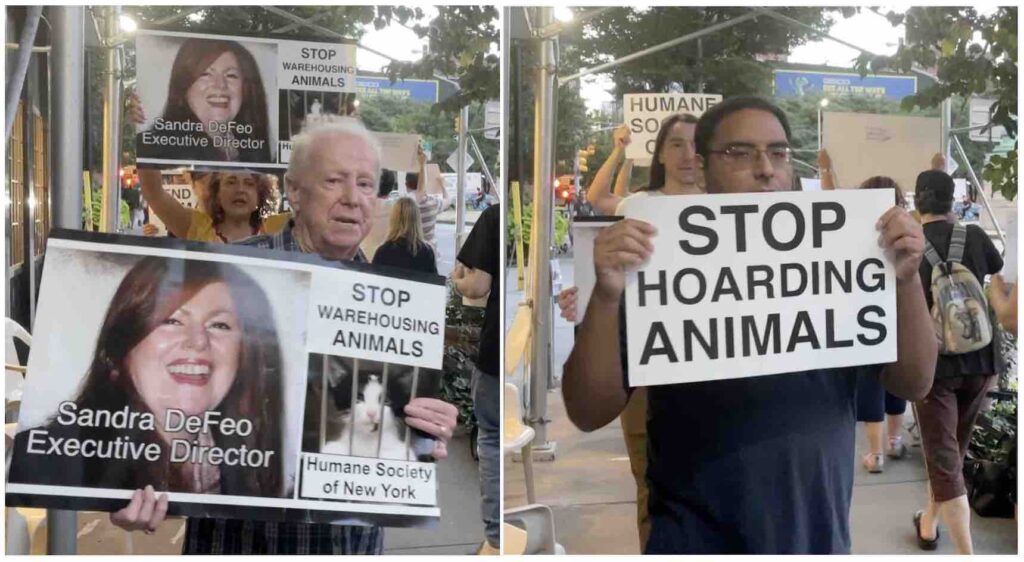 Animal rights activists hold an emotional picket to draw attention to the plight of dozens of animals held by Sandra DeFeo, executive director of the Humane Society of New York

Sandra DeFeo says the building has been – and will continue to be – closed to the public due to COVID, but whistleblowers and lawyers consulted by activists say DeFeo cannot reopen the building due to violations by the Americans with Disabilities Act (ADA). The HSNY has already been sued once for its failure to make the building wheelchair accessible. Reopening to the public without making it accessible would subject the organization to another lawsuit from the ADA. Instead of acknowledging the problem and carrying out the renovations, DeFeo is keeping the building closed indefinitely under false pretenses, claiming it is protecting its staff from COVID. According to the whistleblowers, the vets are happy that their clients cannot enter the building with their animals and therefore accept the lie. Activists say the deception has claimed victims – dozens of animals who have been stuck in cages for more than 28 months and are not seen by adopters who would otherwise give them loving homes. 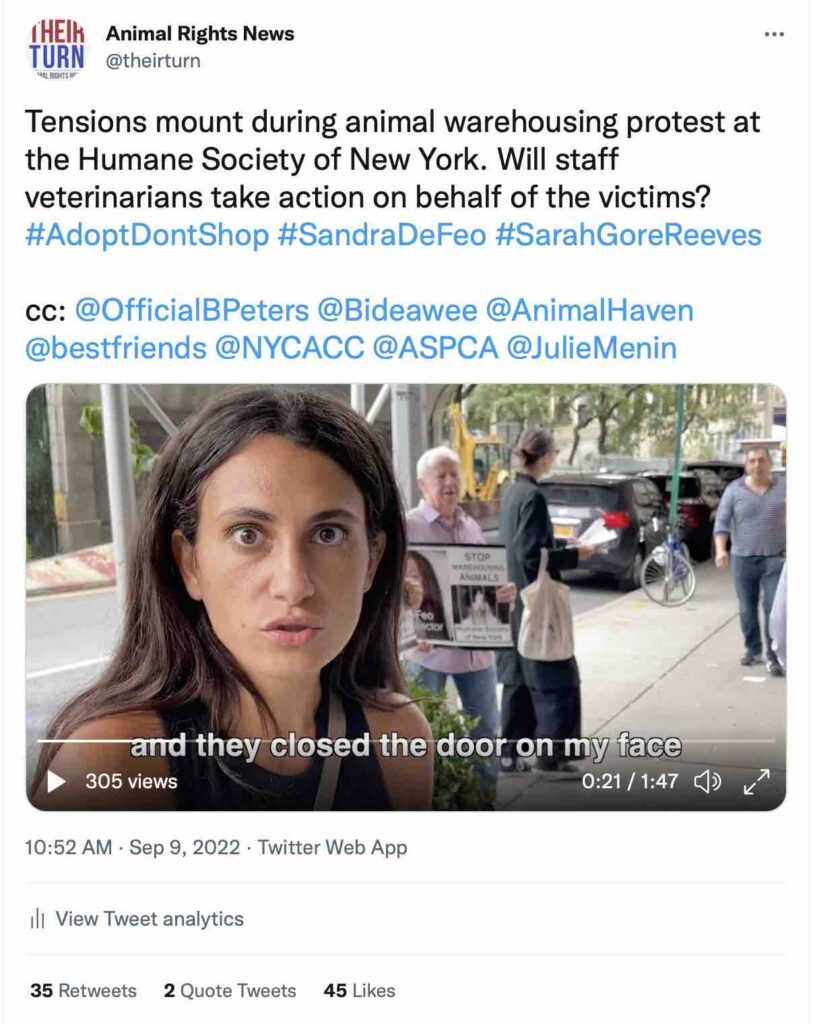 Since launching the campaign to help animals in mid-2021, activists have also attempted to engage with HSNY board members. Two of the board members, James Gregorio and Alexandra Rowley, told Bonnie Tischler, who served as director of adoptions for 22 years before retiring in early 2020, that they would ask DeFeo, the executive director , evidence that adoptions take place while the building was closed to adopters. Instead of providing proof, they resigned and refused to engage further with Tischler. Tischler and other animal activists say Gregorio and Rowley’s decision to quit and walk away from the issue did nothing to help the animals that were stored under their care.

Breadcrumb Links New Local News Life The CEO of the Regional Animal Protection Society (RAPS) said he had received calls for years from people who were unable to transport their pets for veterinary care. Content of the article Eyal Lichtmann, CEO of the Regional Society for the Protection of Animals, with a vehicle that will […]

At the January 24 meeting of Idaho County Commissioners, Alaina Redenbo and Karin Vetter of the Animal Rescue Foundation (ARF) asked for the commissioners’ help in addressing the overpopulation of cats and dogs. in Idaho County. (ARF board members Terri Tackett, Rhonda Schacher and Dorene George also attended the meeting). Redenbo said the ARF wanted […]