Potato protein may be as effective as animal milk for building muscle, according to a new study. Conducted by researchers at Maastricht University in the Netherlands and published in a scientific journal Medicine and science in sport and exercisethe study hypothesized that because potato protein and animal milk protein share a very similar amino acid composition, the two might have a similar effect on muscle protein synthesis (MPS), or how the body converts amino acids into skeletal muscle protein.

To test this hypothesis, researchers conducted a double-blind study that included 24 healthy men between the ages of 18 and 35 and took place between April 2018 and February 2020. Participants were assigned to exercise on a leg press, then randomly selected to either consume 30 grams of milk or potato protein. The researchers then measured how each of the protein sources affected MPS and found the two to be comparable.

The researchers acknowledged that some of their limitations included the small size of the study, the fact that all participants were young, and they did not consider all genders. Part of this study was also funded by the potato industry group Alliance for Potato Research & Education.

The Dutch study follows recent research conducted in Brazil and published in January in the scientific journal Sports medicine. This study focused on identifying the effects of dietary protein sources (exclusively plant-based versus a mixed omnivorous diet) on changes in muscle mass and strength in healthy young men who train in strength.

Another study published in 2017 in the scientific journal American Journal of Clinical Nutrition found that dietary protein derived from plant sources is no different from that derived from meat sources. Among 3,000 participants with varying dietary habits, higher protein intake led to better overall musculoskeletal health, and dietary protein source – plant or animal – was irrelevant.

Taken together, the results of these three studies may encourage those who train to consider using plant-based protein supplements instead of animal-based sources, especially whey. 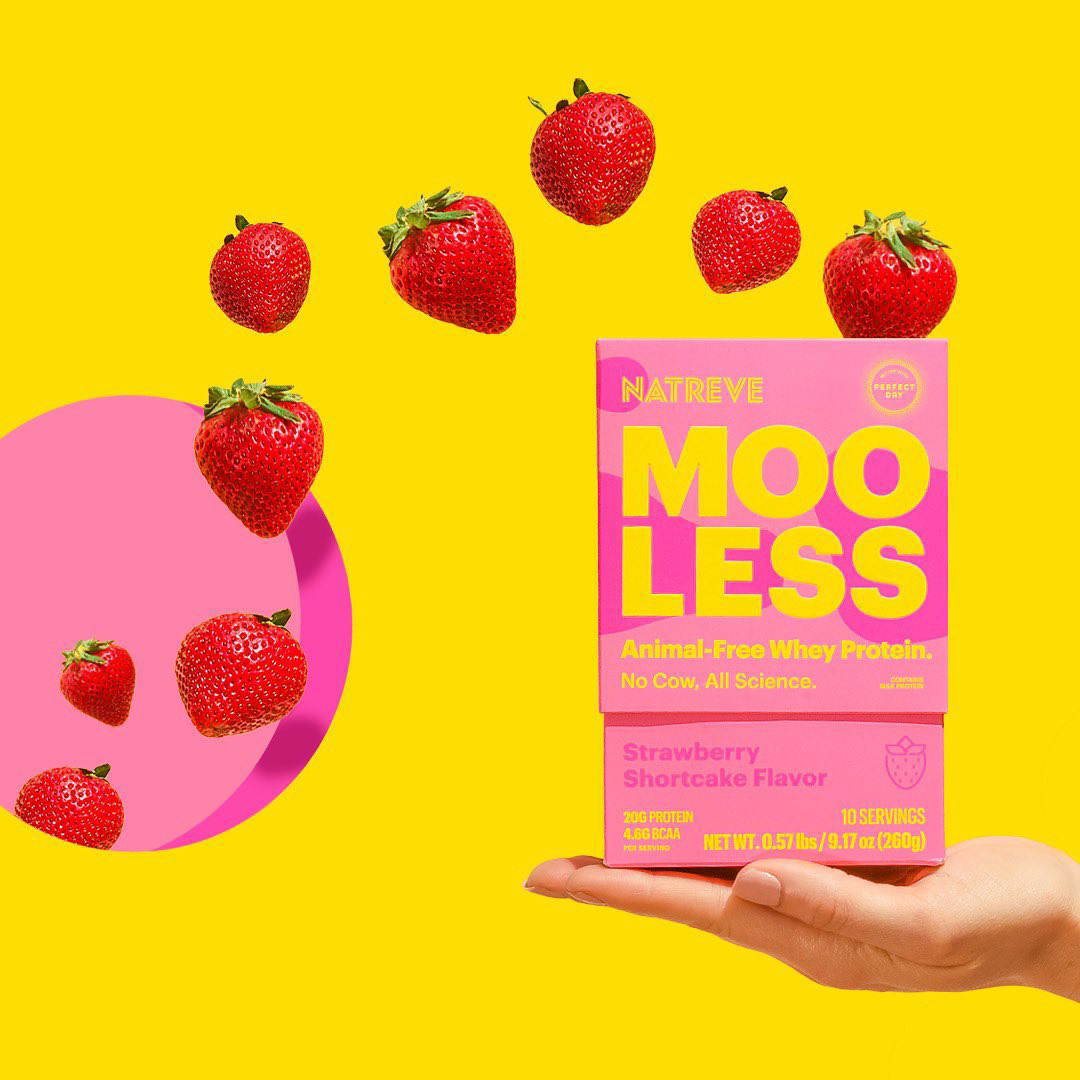 When it comes to whey, new technologies have made it possible to create the popular muscle-building supplement without the need to exploit animals or harm the environment. California-based Perfect Day is a food technology company that has cracked the code to create animal-free whey using precision fermentation where a DNA blueprint is introduced into the yeast microflora which then acts instead from cows to produce whey protein. Making whey in this way reduces water consumption by 99%, greenhouse gas emissions by up to 97% and energy consumption by up to 60%.

While the technology was developed primarily to provide a functional basis for remaking dairy products such as ice cream, cheese and milk using animal-free whey, Perfect Day’s innovation has applications around the world. fitness and nutrition.

One brand showcasing the power of Perfect Day’s animal-free whey is Natreve who recently launched their MOOLESS product in Vanilla Bean Cupcake, Chocolate Fudge Brownie, Cookies and Cream and Strawberry Shortcake flavors at 690 The Vitamin Shoppe locations. “Our mission to become the most sustainable wellness brand on the planet is ambitious and now coming to fruition with the launch of MOOLESS,” Natreve CEO Roland Radu said in a statement. “With MOOLESS Animal-Free Whey Protein Powder, Natreve now offers even more options for people to invest in their health while protecting the health of our planet.”

Anna Starostinetskaya is the editor-in-chief of VegNews and always keeps tabs on all things vegan in her hometown of San Francisco, California, and everywhere else.

BLUE ASH, Ohio (WXIX) – The OFF Market, a flea market held on the second Saturday during the summer months at Summit Park in Blue Ash, not only had tents of food, drinks, art, craft or household items; but there was also a tent surrounded by dogs. The Cincinnati Animal Care Humane Society was on […]